The options to challenge an insurance claim settlement can vary based the type of insurance in question, and also on whether or not the insured party is considered a consumer.

Filing a direct complaint to the insurer

If an insured party is not satisfied with the way their insured event was settled by the insurer, they should first complain directly to the insurer. In the complaint addressed to the insurer, it is advisable to convey disagreement with the settlement of the insured event, and demand a reassessment. If the insurer does not respond to, or rejects, the complaint, it is advisable to seek the assistance of a lawyer specialising in insurance law, and communicate further through them. This approach usually results in the dispute being settled during pre-litigation process.

This option is possible if the insured is in the position of a “consumer”. A “consumer” is any individual who, outside their trade, business, or profession, deals with the insurer. The purpose of an extrajudicial dispute settlement is to reconcile the dispute between the parties outside a judicial trial. Therefore, to commence an extrajudicial settlement, it is necessary that legal action has not been filed in the case, or that the parties to the dispute have not already agreed upon a reconciliation between themselves. Another important requirement is that the insured party has already tried to claim their rights directly with the insurer.

The authority that can be approached by the insured party for an extrajudicial settlement depends on whether the insurance in question is considered life insurance, or an insurance other than life insurance.

Life insurance is an insurance of an individual with the insured event being their death, reaching a certain age, or other conditions regarding their personal status change. However, sickness insurance and insurance for injury do not belong in this category. Therefore, if the insurance in question is life insurance, the authority empowered to settle an extrajudicial dispute is the Office of the Financial Arbitrator of the Czech Republic.

Insurance other than life insurance can include, among others, property insurance, accident insurance, car insurance, sickness insurance, insurance for injury, or liability insurance. In such cases, the authority empowered to settle extrajudicial disputes is the Czech Trade Inspection Authority (CTIA). These cases can be also referred to the Office of Ombudsman of the Czech Insurers Association, except for cases concerning statutory insurance of an entrepreneur’s liability for damages.

Filing an administrative referral to the Czech National Bank (ČNB)

ČNB supervises over the legality of conduct by insurers for protection of insured parties. All insurers operating in the Czech Republic are subject to supervision of ČNB. The purpose of this supervision is, therefore, not to substitute the activities of courts or arbitrators in dispute settlement between insurers and insured parties, but to protect the financial market as a whole – e.g. supervision over legality of conduct by insurers. Therefore, filing an administrative referral to investigate and assess activities of an insurer does not help to settle a specific dispute. In case the ČNB, within its supervision, finds irregularities in the conduct of an insurer, it can impose obligations on the insurer to remedy the situation. Among the sanction measures that can be imposed are fines, suspension of authorization to conclude insurance contracts, and, in exceptional cases, receivership or even withdrawal of authorization to conduct insurance business.

Are you not satisfied with how an insurance company dealt with your insurance claim? Would you like to consult the details of your case with professionals? Do not hesitate to contact us. 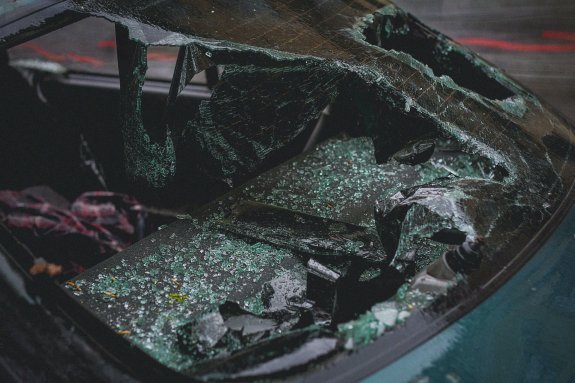 Hotels can defend themselves against the abuse of Booking.com's dominant position in their home jurisdiction