Since 2016, the Office of the Municipal District of Prague 8 has been trying to abolish the functioning bi-direction cycling routes in Karlín "at any cost." Štěpán Holub from Holubova advokati, for the Auto*Mat association and Tomáš Hnyk, after the successful repeal of almost identical measures of a general nature from 2017, 2018, 2019, and 2020, succeeded again yesterday before the Municipal Court in Prague with a proposal to repeal the measure from January 2021. Despite the fact that the goal of the association was to only abolish the restrictions on cyclists and pedestrians, the so-called blue zones were also abolished.

In 2012, directions for cycling were introduced in Karlín within zone 30. At that time, it was a revolutionary act in urban transport planning. The whole concept is based on the fact that pedestrians and cyclists, who take up little space, do not need to be restricted when moving in the city. Therefore, cyclists were allowed to ride in the opposite direction on a one direction route, and the speed limit was restricted to 30 km/h for safety reasons. Only cars, being larger means of transport, need to be banned in riding in the opposite direction in some cases.

However, the litigation is not just about cycling measures. So far, Prague 8 has not been able to deal with proposals to introduce a short-time stop area for the supply of courier services, which, due to lack of space, often park on sidewalks and pedestrian crossings "on flashers", or proposals to establish parking spaces for shared bicycles and scooters on which pedestrians otherwise stumble on the sidewalks. Requests for the removal of the railing in the middle of Karlinske squaire, which interferes in exiting out of a parked car onto the sidewalk, or proposals for moving the parking spaces from the sidewalks to the roadway, also remain unheard.

The city district once again has 90 days to issue a new measure of a general nature that will regulate traffic in Karlín. We can only hope that this time Prague 8 will take into account the opinions of citizens. 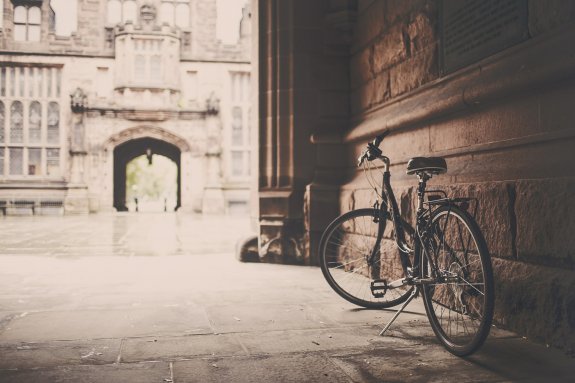 Is the travel agency entitled to a commission on travel packages that do not take place? Tour operator beware!